Croatian Council of Universities and University Colleges of Applied Sciences

In April 2002, a Network of Colleges was formed in order to:

The network was composed of 10 colleges and established at the College of Health in Zagreb. The Network adopted its statute in April 2002. In October 2003, in line with the newly introduced Act on Scientific Activity and Higher Education, the Network changed its name and became the Council of Universities and University Colleges of Applied Sciences. The number of member institutions in year 2016 was 39.

The Council is supported by the Agency for Science and Higher Education (ASHE), an independent agency in charge of accrediting academic programs and evaluating institutions in HE. The number of institutions varies between as high as 44 and 39.

VVIVS became a member of EURASHE in 2005 and hosted two EURASHE’s General Assembly and Conferences in 2006 and 2013 respectively. 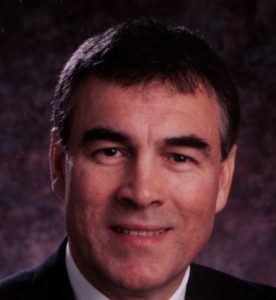 Žarko Nožica is professor and scientist. He obtained his master and Ph.D. degree at University of Zagreb. Mr Nožica has 25+ years of experience in University (Croatia) and Industry environment (California, USA). Previously he held a number of senior positions in the industry in the USA: As Vice President he managed the Applications engineering organisation In LEDA Systems, Inc. He was director of Corporate applications engineering and methodology development organization at SONICS, Inc, Mountain View. Mr. Nožica was also a senior manager at Cadence Design Systems, inc., California. Positions in Higher education included: a member of the faculty at the University of Zagreb, Pro-rector at the Polytechnic of Zagreb, Dean at University College of Applied Computer Engineering. Mr. Nožica was intensively involved in envision, development of programs, curricula and establishment of the new institutions in the field of Higher professional education in Croatia. Mr Nožica currently represents Croatian Council of Universities and University Colleges of Applied Sciences in EURASHE’s Working Group on RDI and WG on Mission of Professional Higher Education. Mr Nožica was a member of the Croatian Advisory Committee of Croatian experts on Bologna related processes.